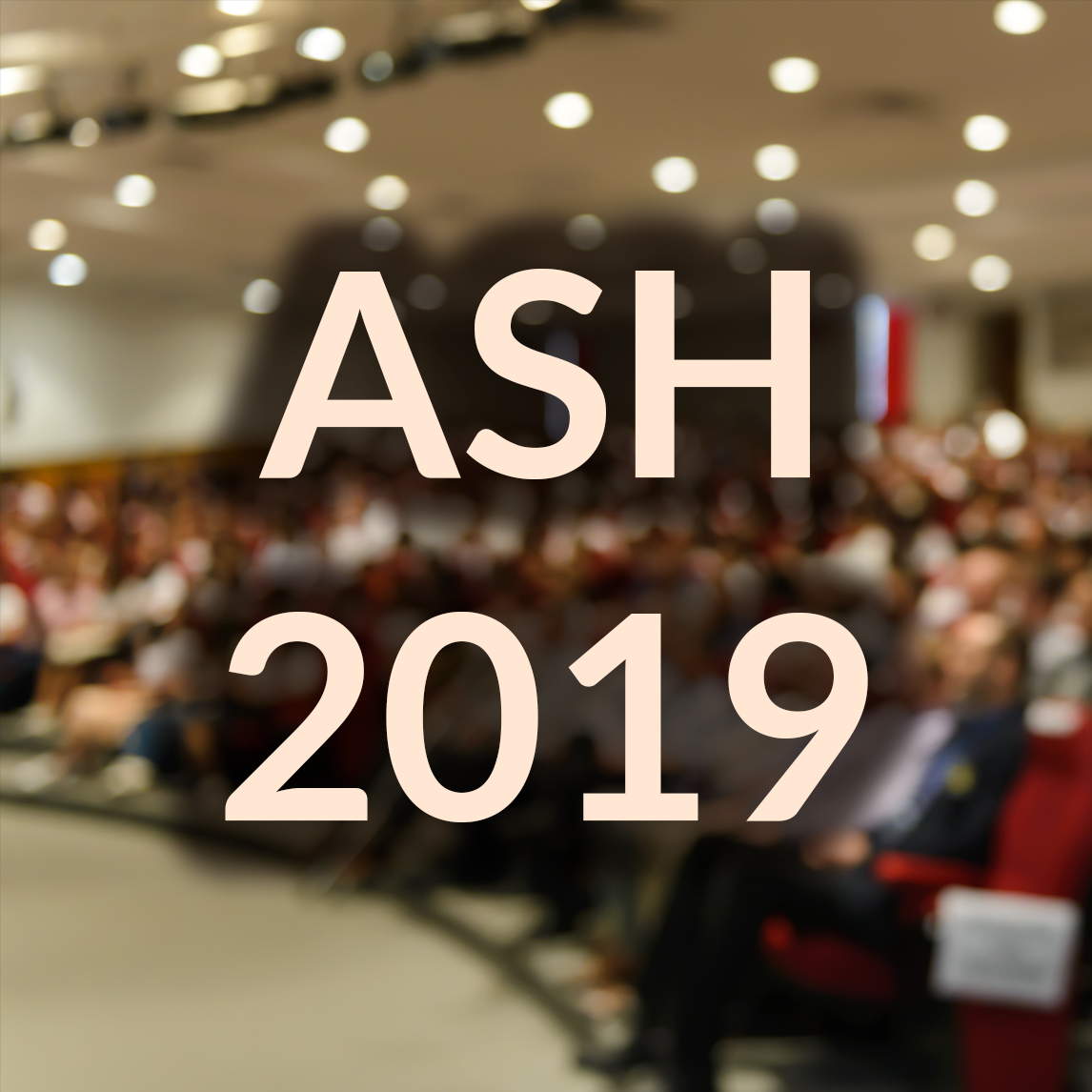 MMRF to present over 30 abstracts at the American Society of Hematology (ASH) Annual Meeting:

NORWALK, Conn., Dec. 6, 2019 /PRNewswire/ — The Multiple Myeloma Research Foundation (MMRF) today announced that 34 abstracts will be presented at the 61st American Society of Hematology Annual Meeting in Orlando from December 7-10. Twenty-two of the presentations include data from the highly influential MMRF CoMMpass StudySM, which represents the largest genomic data set of any cancer and is one of the most widely published studies in multiple myeloma. The remaining 12 abstracts include data from MMRF-supported research programs and presentations on clinical trials supported by the Multiple Myeloma Research Consortium (MMRC).

“Collaborative research efforts have led to great progress in the treatment and understanding of multiple myeloma,” said Daniel Auclair, PhD, Chief Scientific Officer of the MMRF. “Through the CoMMpass Study, we are supplying myeloma researchers world-wide with information they need to formulate new hypotheses and generate discoveries around the genetic drivers of myeloma, enabling us to better personalize care and treatment expectations as well as speed the discovery and development of new and novel therapies.”

Additionally, the MMRF’s ongoing investment to advance immunotherapy approaches, as well as research efforts focused on the use of minimal residual disease (MRD) and early disease, have resulted in several important findings.

New investigation of the use of MRD testing includes:

For complete data on MMRF and MMRC abstracts being presented at the 61st ASH Annual Meeting please contact Mary DeRome at deromem@themmrf.org.

About the MMRF CoMMpass StudySM The MMRF CoMMpass Study is a longitudinal study of patients with newly diagnosed active multiple myeloma. The goal is to map the genomic profile of each patient to clinical outcomes to develop a more complete understanding of patient responses to treatments. A cornerstone of the MMRF’s Personalized Medicine Initiative, the study is collecting and analyzing tissue samples, clinical data and genetic information from 1,000 newly diagnosed multiple myeloma patients for at least eight years. The CoMMpass Study was made possible by a $40M investment by the MMRF.

The MMRF CoMMpass Study opened in July of 2011 and now includes 1,150 patients from 76 sites in the United States, Canada and European Union. Data from the MMRF CoMMpass Study is made available to researchers via the MMRF’s Researcher Gateway (http://research.themmrf.org), an online, open-access portal designed to make key genomic and clinical data available for additional study. The MMRF CoMMpass Study is being supported through a public-private partnership of patient donors and industry partners, including Takeda Oncology, Amgen, Bristol-Myers Squibb, Janssen Pharmaceuticals, Inc. and Janssen Diagnostics. Additional collaborating research partners include the Translational Genomics Research Institute, Van Andel Research Institute and GNS Healthcare.

Please visit www.themmrf.org/research-partners/the-commpass-study to learn more about the study.

About Multiple MyelomaMultiple myeloma (MM) is a cancer of the plasma cell. It is the second most common blood cancer. An estimated 30,770 adults (16,400 men and 14,730 women) in the United States will be diagnosed with MM in 2019 and an estimated 12,770 people are predicted to die from the disease. The five-year survival rate for MM is approximately 47%, versus 31% in 1999.

About the Multiple Myeloma Research Foundation (MMRF)A pioneer in precision medicine, the Multiple Myeloma Research Foundation (MMRF) seeks to find a cure for all multiple myeloma patients by relentlessly pursuing innovations that accelerate the development of precision treatments for cancer. Founded in 1998 by Kathy Giusti, a multiple myeloma patient, and her twin sister Karen Andrews as a 501(c)(3) nonprofit organization, the MMRF has created the business model around cancer—from data to analytics to the clinic. The MMRF identifies barriers and then finds the solutions to overcome them, bringing in the best partners and aligning incentives in the industry to drive better outcomes for patients. Since its inception, the organization has collected thousands of samples and tissues, opened nearly 100 trials, helped bring 11 FDA-approved therapies to market, and built CoMMpass, the single largest genomic dataset for any cancer. Today, the MMRF is building on its legacy in genomics and is expanding into immunotherapy, as the combination of these two fields will be critical to making precision medicine possible for all patients. The MMRF has raised nearly $500 million and directs nearly 90% of the total funds to research and related programs. To learn more, visit www.themmrf.org.